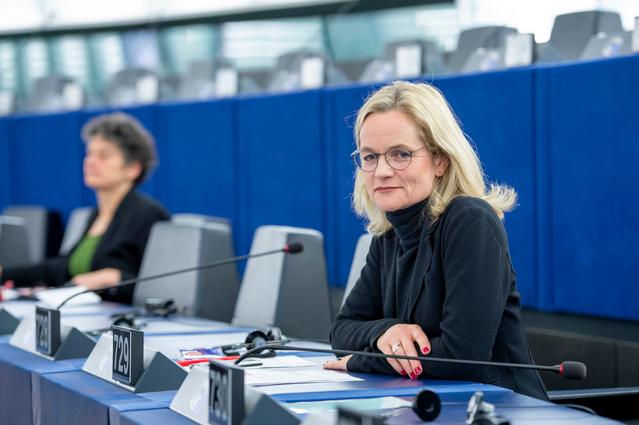 In her interview with pro-government Imedi TV, Culture Minister Tea Tsulukiani last night accused the MEP of directly interfering in Georgian politics and of insulting the Georgian Government, and labeled her as “Natsi” — a derogatory term for United National Movement members and supporters.

Recalling the meeting with Tea Tsulukiani at the onset of the latter’s political career, MEP von Cramon (Greens/EFA, Germany) said it was “sad to see how she radicalized over the years [and] is now spreading lies [and] disinformation.”

The MEP, a lead Member of the European Parliament’s Democracy Support and Election Coordination Group for Georgia, said the Georgian Dream’s “disinformation is reaching the Kremlin’s level.”

“GD is not Georgia, criticizing GD is not the same as criticizing [Georgia],” she noted, adding that “this is why I call myself a Friend of Georgia.”

“Stop hiding behind the country’s good name. Take responsibility for YOUR failures,” the MEP went on, “GD managed to deteriorate democracy [and throw] back Georgia on media freedom from 60th to 89th place in 1 year.”

She said she was not interfering in Georgian affairs, as claimed by Minister Tsulukiani, but “reminding [you] of the obligations [you] took [and] did not fulfill,” including via the abandoned EU-brokered April 19 agreement.

The MEP also said it was not “a small group of politicians” — as claimed by the Georgian Culture Minister — that criticized Georgia’s “democratic backsliding” but the key figures who determine the EU policy towards Georgia in the EU Parliament [and] beyond.

“Check the signatures of the latest statement. Or wait for the next EU Parliament resolution on Georgia.”

She then explained that these are the same politicians who daily defended Georgia’s interests, by fighting EU visa liberalization for Georgia or its territorial integrity.

“I’ve been a friend of Georgia (NOT its governments) for many years,” she continued, saying back then she was taught Georgian wisdom “criticize your friends to their faces and your foes behind their backs.”

“It is time for GD to learn how to handle the criticism [and] truth instead of throwing tantrums,” Viola von Cramon concluded.