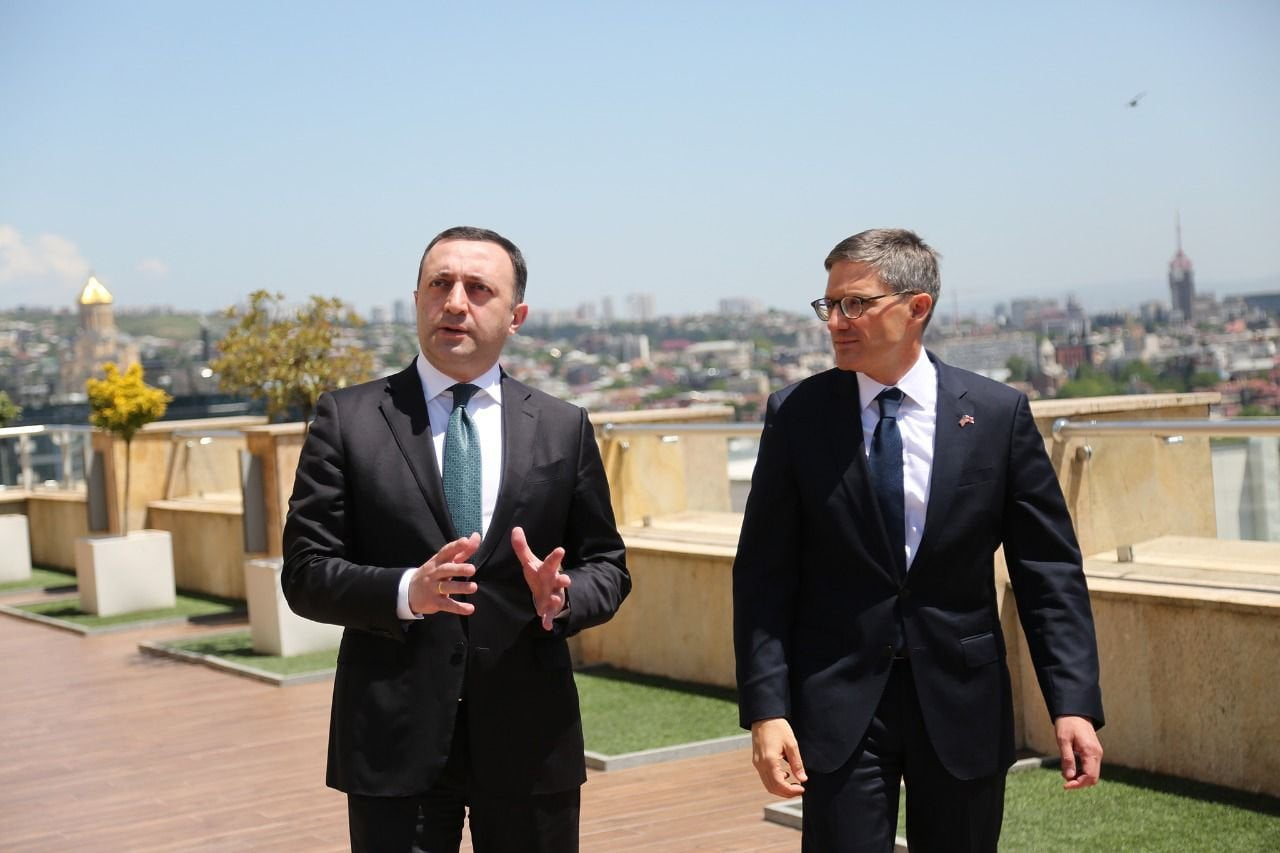 During the meeting with PM Garibashvili, the parties discussed the strategic partnership, Georgia’s Euro-Atlantic aspirations, and regional security in light of the Russian invasion of Ukraine.

“Significance and strengthening of democratic institutions on the path of European and Euro-Atlantic integration were highlighted at the meeting. It was noted that authorities of the country assign special importance to US cooperation within this process,” said the Georgian Government’s press release.

On his part, Counselor Chollet said “we welcome Georgia’s active support in multilateral efforts to call out Russian aggression and to support the people of Ukraine.”

Derek Chollet also had the opportunity to meet with Defense Minister Burchuladze. Per Georgian Defense Ministry, the parties discussed further deepening of strategic partnership in the defense and security sphere.

Nika Melia, UNM Chair, told reporters after the meeting that “I do not doubt concrete steps, concrete actions will be taken from their [U.S.] side.”

Natia Mezvrishvili from For Georgia said they asked “our strategic partners not to leave the Georgian people alone, the Georgian population supports the Euro-integration process.”

Earlier in the morning, Counselor Chollet met with civil society leaders to discuss the judiciary and key reforms in Georgia.

Nika Simonishvili, Chairman of the Georgian Young Lawyers’ Association (GYLA) told reporters after the meeting that the U.S. was particularly interested in how the judiciary is run in the country.

“He expressed particular interest and questions about the existing clan’ in the judiciary, and also, there the existence of Russian influence in the country from different groups,” Simonishvili emphasized.

“From our side, we broached the issue of how support for the country’s Euro-integration process needs to happen and how important it is for this process to enact reforms in the judicial system, which is essentially politicized and how it is run by the ‘clan’,” he added.

Nazi Janezashvili, lawyer and long-time critic of the judicial ‘clan’ was also at the meeting. She said at the meeting she spoke of the need to protect judges who may be able to speak out against the “clan,”a handful of justices holding sway over their colleagues.

Ahead of his arrival, Counselor Chollet published an opinion piece that touched on the 30-year partnership between the U.S. and Georgia, Russia’s invasion in Ukraine and the occupation of Georgian regions, and the country’s Euro-Atlantic aspirations.

“We appreciate the people of Georgia’s vocal support for their Ukrainian neighbors, as well as Georgia’s provision of humanitarian aid to Ukraine. Yet, there is more we all can and should do,” said the article.

It said that “just as Georgian soldiers have exhibited leadership, bravery, and sacrifice for the common good, we have also seen civil society in Georgia passionately and fearlessly advocate for the steps required to achieve a democratic, peaceful, prosperous, and Euro-Atlantic future.”

According to Chollet, “Georgia will be more resilient in the face of Russian aggression if it enacts the reforms needed to strengthen its democratic institutions, rule of law, and human rights protections for all, and does so in an inclusive manner.”

Taking note of the Georgian government’s pledge to make important electoral and judicial reforms, he said “these must be fulfilled if Georgia is to achieve its full potential.”

Citing Secretary of State Antony Blinken, the Department of State Official said the United States will continue to support the Georgian people in pursuing a democratic, peaceful, and prosperous Euro-Atlantic future.