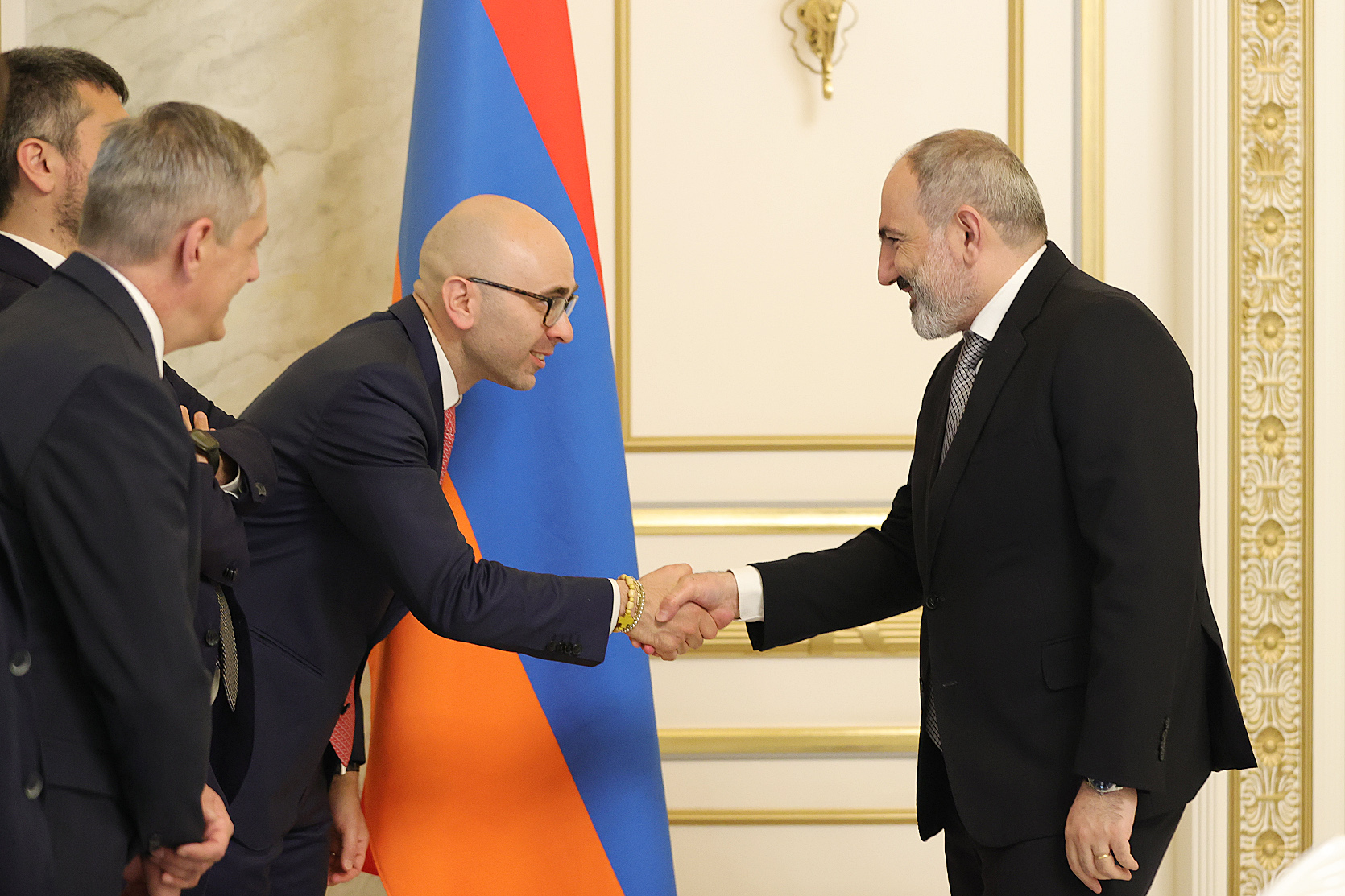 The Prime Minister stressed the importance of the Armenian-Italian friendly relations, warmly recalling his visit to Italy, during which Italy reaffirmed its support for democracy in Armenia. Nikol Pashinyan praised the activities of the friendship groups, the inter-parliamentary cooperation, which complement the efforts of the governments of the two countries. The Prime Minister expressed gratitude for the adoption of a resolution recognizing the Armenian Genocide by the Chamber of Deputies of the Italian Parliament in April, 2019.

The head of the Italy-Armenia friendship group Giulio Centemero mentioned that Italians also warmly recall PM Pashinyan’s visit and the events held within its framework. Emphasizing the role of parliamentary diplomacy and introducing the members of the delegation, he said that it includes both ruling and opposition MPs, which shows the appreciation of the entire Italian people to the Armenian people. Giulio Centemero shared the results of the meetings in our country, spoke about the achievements of Armenia in the technological sphere, “Tumo” Center for Creative Technologies, mentioned that Italy is interested in the Armenian model of IT development.

The Prime Minister said that IT is one of the dynamically developing spheres in Armenia, in general, education is one of the strategic directions of Armenia’s development, due to which the government has initiated profound reforms in the sphere of education and science. Nikol Pashinyan presented details about the reform, offering to exchange experience and information.

The issues of ensuring peace in the region and the settlement of the Nagorno-Karabakh conflict were touched upon during the meeting. The sides exchanged views on the post-war situation, the return of Armenian prisoners of war held in Azerbaijan, and the preservation of the Armenian cultural and religious heritage in Artsakh. The Prime Minister highlighted the adoption of the resolution in March 2022 on the need to return Armenian prisoners of war by the Italian parliament and the statements made by Italian parliamentarians during the war unleashed by Azerbaijan in 2020.

Nikol Pashinyan stressed that the Nagorno-Karabakh conflict should be settled on the basis of the principles proposed by the OSCE Minsk Group Co-Chairs, and Armenia is the supporter of the regional peace agenda, which, however, cannot be unilateral. The Prime Minister of Armenia attached importance to the support of European partners, including Italy, in this process, condemnation of provocations by them. The Prime Minister also referred to the Armenia-Turkey dialogue process.

The MPs of the Italy-Armenia Friendship Group expressed their support for Armenia, the Armenian people, in overcoming difficult challenges and strengthening democracy. They mentioned that they will resolutely continue their activities not only in the direction of closer Italy-Armenia ties, but also in the direction of closer EU-Armenia ties, and will stand with the friendly Armenian people.